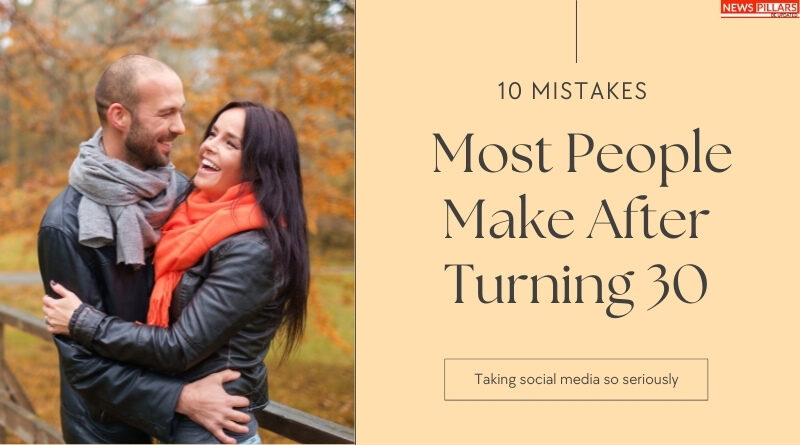 Mistakes Most People Make After Turning 30: Have you recently celebrated your 30th birthday? That’s fantastic! Welcome to a new decade!

With each passing birthday, most people who have just reached 30 or are in their 30s experience a sense of despair.

This joyful occasion, which used to evoke such enthusiasm, has now become a period of worry. Birthdays are now characterized by a flashback of your life in which you evaluate what you have accomplished and where you are still falling short.

The 30s can turn out to be “a not so chilled out phase of your lifetime” because of your own self-inflicted judgments with others and social pressure.

As someone who is now past the age of 30, I have even noticed my friends who are old just a few years over 30 acting as though they are wasting away in old age. Soon after turning 30, I went through a year of struggling with myself. I, too, had given in to the notion that I was too old to be repaired. Talk about ridiculous.

Since then, I have realized that when you are in your 30’s, your life is just beginning. So many wonderful and positive changes have been made to my life because it dawned on me that first and foremost, it’s never too late to start over and be a better version of yourself, and second of all, your 30’s are some of the best years of your life.

If you are about to turn 30 or recently have turned 30, be careful not to get stuck in the “I’m old mindset,” and unintentionally undermind the prosperity of the best years of your life.

Here are 10 Mistakes Most People Make After Turning 30

1. Assuming If Their Career Isn’t Solid Yet, It Never Will Be

TV shows and films in which people are happily established in their careers relatively early in life may be entertaining and all, but please keep in mind that those are fiction.

Our parents’ and grandparents’ generations may have leaned slightly more in that direction, but some of the most successful people of their eras didn’t really get started until their 30s or 40s either.

The reason this happens is that we really don’t figure ourselves out until we’re in our 30s.

When we’re younger, we may have ideas about what we like, what we’d like to do as a career, and what kind of lives we’d like to lead.

But those all change quite drastically as we age – as we develop a stronger sense of self, and realize what it is we really want to do with the time we have left.

You may have dreamt of becoming a journalist, but then decided you’d rather open up a bakery. Alternatively, you might have started a family quite early, but then realized that your dream was to pursue medicine, or law, or even archaeology.

If you hate what you’re doing and would rather be doing something else, make it happen.

You’ll be happier, and success will come a lot more quickly and easily than it ever will slogging through a job you hate.

2. Thinking They’ll Be Single Forever: All The “Good” Ones Are Taken

Much like the career path issue mentioned above, many people believe that if they haven’t met their true love by the time the big 3-0 rolls around, they’ll be single forever.

A lot of people pair up in their teens or twenties, and cling desperately to a person they get along with “well enough” because they’re afraid that they’ll never find another one, and they don’t want to be alone.

Is that really a reason to stay with someone, though?

Or dating someone just because they’re single, you’re single, and you don’t hate each other all the time?

As mentioned above, most people are really only beginning to be confident and happy in their own skins by their 30th birthday… and a relationship that worked well when people were 21 may fall apart when they’re 31 because both parties have changed beyond recognition.

Idealists may become more pragmatic, stoics may become adventurers, and those who wanted children may decide against that choice (or vice-versa).

Any number of situations can change. And usually will.

The key to remember here is that this type of thing happens to pretty much everyone, so you can rest assured that if you’re dealing with a breakup in your 30s, other people are as well, and likely for the same reasons.

There are billions of people on this planet: know that there are many out there with whom you can connect on amazing, authentic levels.

3. If they are single, they assume they will be forever.

The dating pool is not empty because you are 30. Plenty of people do not meet their soulmates until they are in their 30s. If you are single, you are not alone, and the other fish in the sea is not tainted because they are over 30.

4. They quit caring about their physical health. 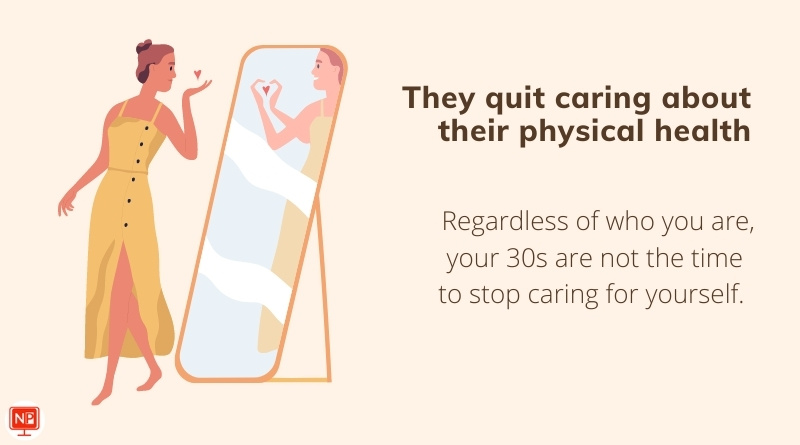 A lot of people spend their teens and 20s working out, eating healthy, and taking care of their bodies in other ways only to stop when they hit 30. Others overlook their physical health, only to see the results of that upon hitting 30. Regardless of who you are, your 30s are not the time to stop caring for yourself. On the contrary, it’s time to buckle down and start making investments in your health that will pay off in time.

5. They decide their future is set in stone.

When you hit 30, your destiny is not yet made. There is so much more time left for you to change your career, start a healthy eating journey, start a business, get married and so much more! Living with a fixed mindset at any age is a recipe for disaster!

6. Giving up on love 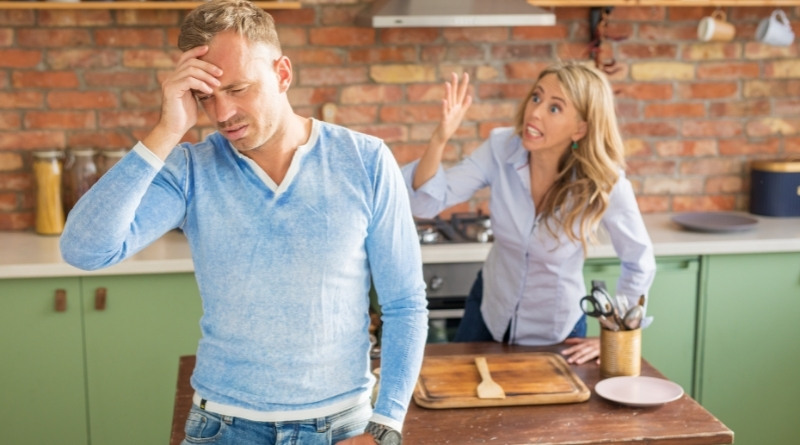 One of the biggest mistakes people make after turning 30 is giving up on love.

By this age, many of us have been through hurtful breakups and disappointments in romance.

It’s hurtful and exhausting to have found love but not had it last.

It can also be tiring to be in a relationship currently that you feel is unfulfilling or not really right for you.

If you’re paired up but feeling unsatisfied you may feel like a fake who’s trapped in a life you don’t want.

If you’re alone and unlucky in love you may feel that true love and intimacy have passed you by very unfairly.

You may even have a strong feeling you’ll always be alone or are destined to never meet your match.

But I strongly encourage you not to fully give in to this despair.

What helps is knowing what your partner truly wants from you. And the older you get, the clearer this becomes.

What do you think I really want? Sex? Love? Excitement?

The truth is that men want something else entirely.

7. They assume that it’s all “downhill” from here.

It seems odd to me that younger people have this mentality that once you turn 30, your life is over. On the contrary, if you ask someone who is 60 or 70, they will have you know that your 30s are the best years of your life. And honestly, who are you going to believe more? Someone who hasn’t lived through their 30s or someone who has been there done that, and knows what they are talking about.

8. They forget the knowledge they learned from the mistakes of their 20s.

During our 20s, we spend so much time fighting ourselves and the world around us. We spent a lot of those years trying to assert ourselves in the world, rebelling against anything and everything that goes against how we view ourselves. There are a lot of mistakes that are made along the way.

But, mistakes are not the end, and shouldn’t be forgotten. Those mistakes help to redefine you and chart a trajectory through the future. When you turn 30, use those lessons and learn from your mistakes to make your 30s the best years ever!

9. If they don’t have their dream job yet, they assume they never will.

So many people assume that if you haven’t started your dream career by 30, it’s never going to happen. And that is simply not true. Did you know that Jeff Bezos didn’t find Amazon until he was 31? Now, 20+ years later, he is one of the richest men in the world. Orpah Winfrey didn’t catch her big break until the age of 32. And Martha Stewert didn’t manifest her destiny until she was in her 40s. So, stop assuming your life is over because you turned 30.

While social media is more widespread and influential in our lives than ever before, that doesn’t mean it has to stay that way. It’s your life, and you have complete freedom to change it.

It makes you feel inferior and offers you an opportunity to compare yourself to others. Not only that, but it’s also the source of a lot of childish online debates that you don’t want to deal with.

So, don’t allow it to rule your life or make you question your life. Live your life your way and to the fullest.

Useful tips for those who lack willpower

Tips for those who lack willpower: The clever one wants to own himself – the