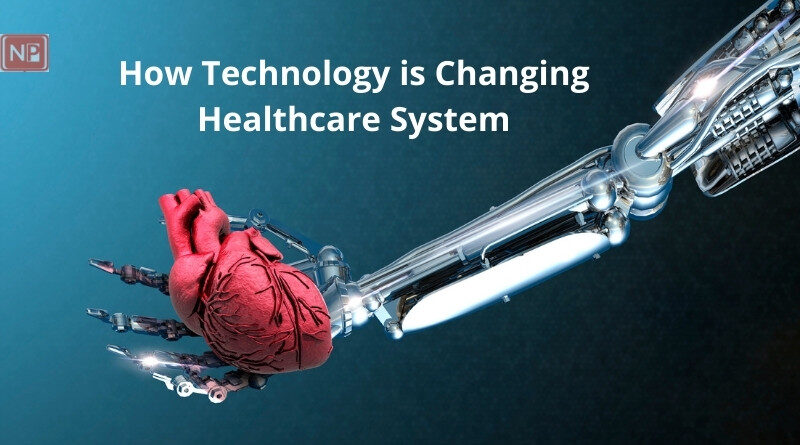 Technology is Changing Healthcare System: Given the rapid advancements in other functional sectors, it was only time when the healthcare system was going to get a boost as well. As of late, there are numerous technologies that can facilitate improving the state of the current healthcare sector by saving countless lives with just a small device or discovery. So instead of fearing a robot takeover, how about we take ahold of these new technologies and mold them into working for us. Digital technology can help in bringing about a change that’d benefit people after people. Let’s have a look: 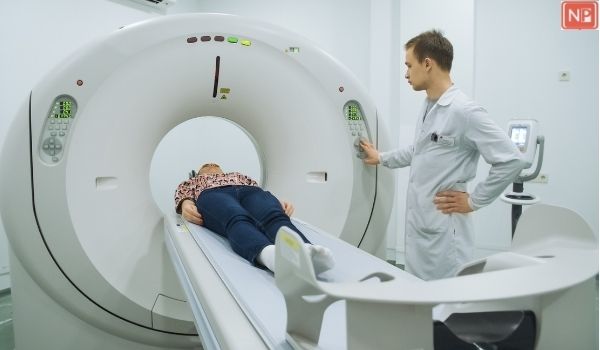 We believe that Artificial Intelligence is capable of completely redesigning the healthcare system. Because you see, AI algorithms can mine medical records, devise treatment plans and even create drugs that are more responsive and effective. One of the working models happen to be Atomwise. It makes use of supercomputers that can look up therapies from a database of molecular structures. So far, it has been come up with significant solutions that may very well reduce the spread of Ebola.

For breast cancer analysis, Google’s DeepMind came up with an AI. It can easily outperform human radiologists by identifying breast cancer from pre-selected data by an average of 11.5%. 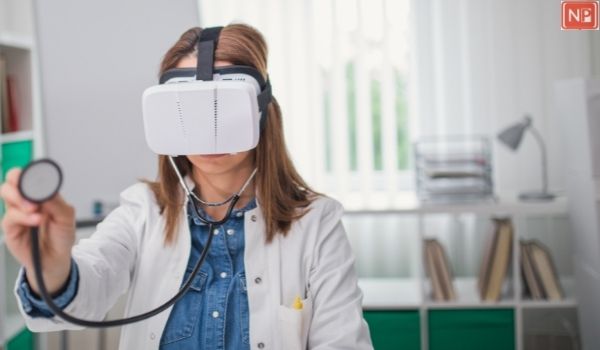 If you thought VR was a cool tech for gaming purposes, wait till you get the hang of this. Virtual reality is actively being used to transform the lives of patients and physicians. In fact, surgeons-to-be are trained by using simulations that enable them to practice complicated surgeries and operations. Big companies like Osso VR and ImmersiveTouch have developed software programs that have shown promising results for future use. Furthermore, the VR-trained surgeons have shown a 230% boost in their overall performance as compared to their traditionally trained fellows. To ease labor pains, women are provided with VR headsets that feature soothing landscapes. 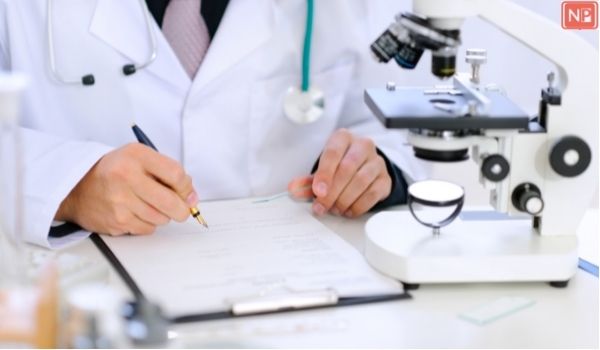 As a patient who has to look after several health issues, nothing can be more facilitating than a single device that can track each and everything. Thanks to the exponential growth in healthcare technology, a somewhat similar device can come into play. Take the Viatom CheckMe Pro, a palm-sized gadget, as a viable example. It’s capable of measuring ECG, heart rate, blood pressure, etc. The BioSticker from BioIntelliSense has the capability of measuring a wide range of parameters despite its stick-like structure. Such as heart rate, temperature, sleep status, etc. Although a device like a tricorder is a bit out of reach at the moment we’re hopeful that we’ll get there eventually. 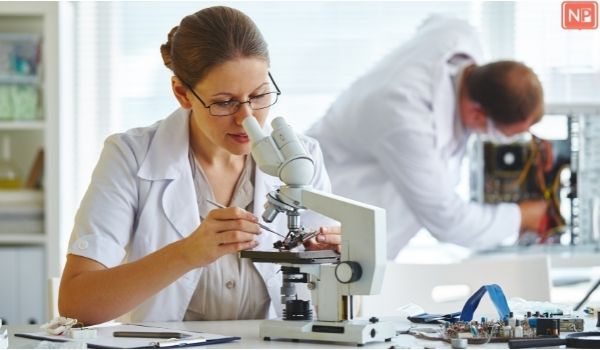 The hype around nanotechnology has been deserving as of late. From inserting nano sims into our phones, we can now make use of nanoparticles and nanodevices to further the medicinal sciences. In case you’re wondering how that might be possible, it’s actually not that hard. They can act as cancer treatment tools, precise drug delivery systems or even tiny surgeons. Back in 2014, researchers came up with microbots that can travel into your body through fluids. In late 2018, MIT researchers came up with an electronic pill that could be controlled through the commands of a smartphone. They could use it to release drugs or wirelessly relay information.

As of now, the development of new drugs is far too slow and heavy on the pocket. On the other hand, diseases are spreading all over the world like pesky little bugs. To find their way around this issue, new drug development methods have come into light that can change the pharmaceutical landscape for the better.

The silico drug trials are individual computer simulations that help in the manufacturing of the drugs. Many come are now relying on AI to come and save the day by speeding up the drug development processes to give results in record time so that lives don’t have to be compromised.

In other sectors, 3D printing has proven to be valuable by saving time and introducing a whole new world of possibilities. A similar case has been found in the healthcare sector as well. As a result of 3D printing, doctors and physicians can get a closer look and diagnose your issues in a smoother and less time taking manner. Rensselaer Polytechnic Institute made it possible to print skin grafts that can help burn victims. Thanks to this technology, we can print bio tissues, pills, blood vessels, and even artificial limbs. The pharmaceutical company is benefitting from 3D printing by printing their polypills.

Did you know that the Human Genome Project costs nearly $2.7 billion? Which just serves to explain the significance of this project. DNA sequencing has become quite a thing. You can place an order for your own genetic test, although it’d cost no less than $100, but at least you’ll get to know a lot about your body’s functionality. For instance, your family history, drug sensitivity or even multifactorial medical conditions. Did you know there’s a California-based start-up that provides personalized diets based on genetic codes?

Also Read:  Technologies that are going to be the driving force of the modern world!

The Atlas Biomed’s genetic test can be quite insightful as it tells you which nutrients are lacking in your body and if you have any gluten or lactose intolerance. 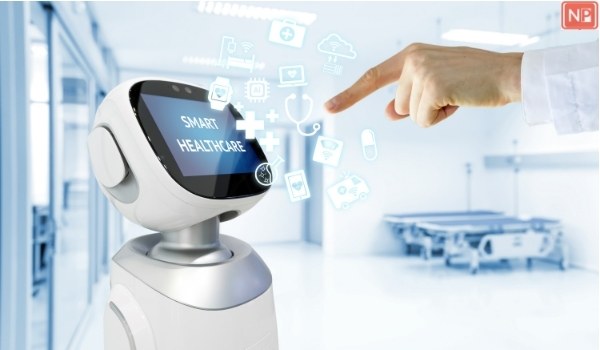 Another field that has been quite significant has been robotics. There are robot companions that can be crucial in performing surgeries. There are other options like pharmaceutics or exoskeletons. The first exoskeleton-aided surgery was performed in 2019, which was nothing less than an impressive feat.

Robot companions can become good caregivers in terms of treating mental health issues, helping children with chronic illness, and even alleviate the loneliness of patients. 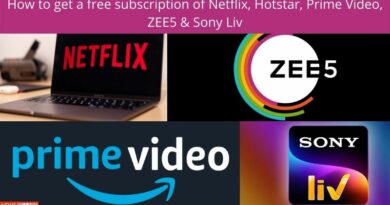 How to get a free subscription of Netflix, Hotstar, Prime Video, ZEE5 & Sony Liv

How to get a free subscription to Netflix: Want to binge-watch the content on OTT 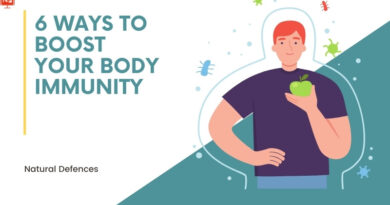 Ways To Boost Your Body Immunity: Do you have weak immunity and want to boost 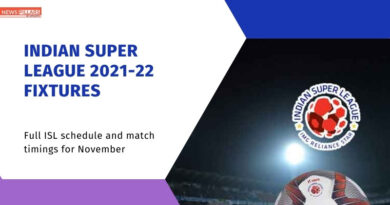