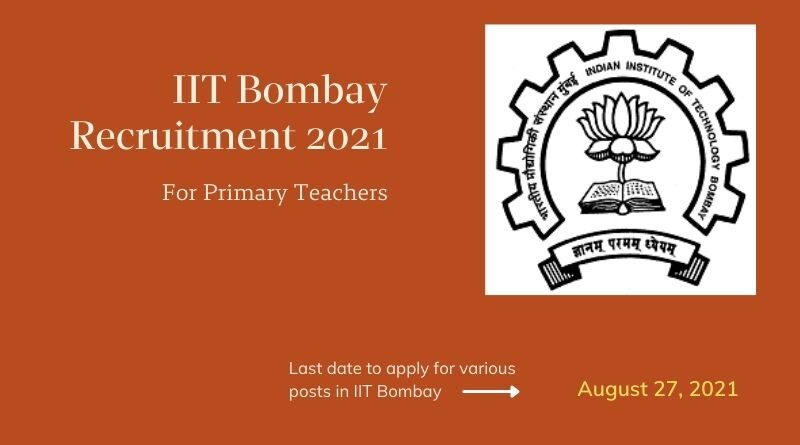 IIT Bombay Recruitment 2021: The Indian Institue of Technology (IIT), Bombay has invited applications for the position of Primary Teachers, Technical Superintendant, and others. The interested and eligible candidates will be able to apply for this recruitment drive at the official website of IIT Bombay.

Candidates should note that the eligibility and recruitment process varies for each post. For the post of Teachers, candidates will be at first screened. Following this, only selective candidates will be allowed to appear for the written test. Candidates should note that the final selection for the posts will be based on the marks scored on the written test. It will be followed by the consequent rank on the merit list.

They will be selected on the basis of skill tests followed by written tests. Only those who shall qualify for the skill test will be administered the written test. The final selection to the post shall be based on marks scored in the written test and consequent rank in the merit list.

The teachers will be selected on the basis of a screening test and those who would qualify the same should take the written test. The final selection for the post shall be based on marks scored in the written test and consequent rank in the merit list.

These will be selected on the basis of an interview. There will be a written test/ group discussion/ preliminary interview for initial shortlisting. 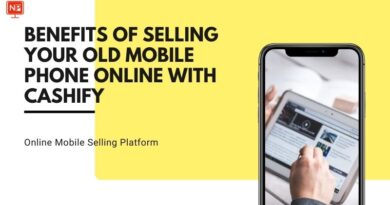 Benefits of selling your old mobile phone online with Cashify

Benefits of selling your old mobile phone online with Cashify: Cashify is one of the 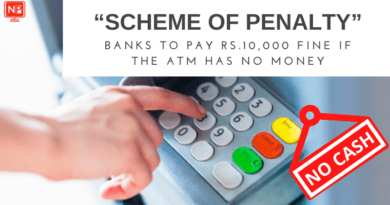 Scheme of Penalty: From now onwards, if you return empty-handed from a nearby ATM as