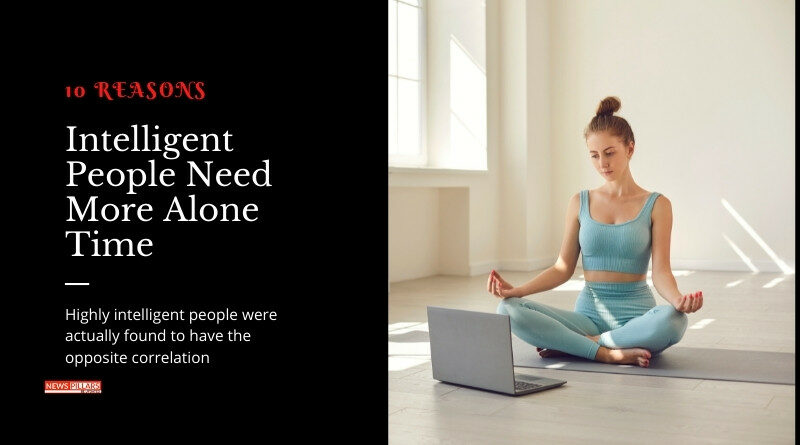 Intelligent People Need More Alone Time: It can sometimes feel isolating being an introvert; after all, sitting at home alone, although relaxing, can lead to a sense of FOMO and a feeling of social exclusion.

Turns out, being an introvert has its own set of perks: stronger relationships, more energy, and getting shit done. And since introverts must have their “me time,” being smarter can be added to the list of positive introvert attributes.

That’s according to a somewhat counterintuitive aspect of the “savanna theory of happiness,” an idea expanded upon in the British Journal of Psychology. The study found that people in more secluded areas (rural areas and small towns) were happier with their lives than those who lived in denser populations. If you’ve ever been on a crowded subway jammed under someone’s armpit in the middle of summer, this theory makes sense.

It also found that the more social interactions someone has with friends, the happier and overall more satisfied with their life they are… except for one major exception. Highly intelligent people were actually found to have the opposite correlation. As in, they experienced more happiness with fewer social interactions. When these brainiacs are forced to spend time with others, even if it’s with friends, it doesn’t bring them as much life satisfaction as it does to less-intelligent folks.

Intelligent people’s minds work much differently than everyone else’s. They tend to have different habits, different routines, and even different preferences.

To the outside looking in, an intelligent person may even seem a bit weird. Especially when it comes down to the fact that most intelligent people prefer to spend a good bit of time alone, people tend to get uncomfortable with that. As an introvert, I have noticed throughout my life that when you spend a lot of time (comfortably) alone, people either think you are a recluse or anti-social.

When it comes to why intelligent people need more alone time, there are some good reasons behind it.

1. They use solitude to explore their creative side.

Curiosity and intelligence go hand and hand. Intelligent people tend to take time to spend on creative endeavors, putting their efforts into making things or learning how to create something.

2. They need time alone to rejuvenate their mind.

A lot of people don’t want to be perceived as weird, strange, or different, but the intelligent person doesn’t mind at all. They know that being different or weird is a good thing. Even if others don’t see it that way, that’s okay too.

4. They know that time to themselves helps them value others more.

When we spend all of our time with others, it can become draining. In turn, we may begin to dread our time with precious loved ones and friends, because it’s not normal for people to spend all of their time together. We need time alone too. During those moments away, we have time to miss others and truly value them.

Intelligent people don’t require validation from others. They are pretty confident from within, and even if they aren’t always confident, they know that waiting around for others to validate them is a waste of time.

6. They spend a lot of time learning new things.

Highly-intelligent people are always learning new things. They enjoy being a student of life, and never run out of things they want to learn about. Because of this, they can often be found by themselves reading a book or watching tutorials on how to do new things.

7. They keep their circle small.

Intelligent people value the people closest to them. They don’t care too much about having 100 decent friends, but instead, are far more focused on having a few close friends.

8. They don’t fear missing out.

Psychology Today posted a very interesting article about the fear of missing out (FOMO.) In this article, they explain the feeling people get when they feel like they are missing out on something by not being around others. Intelligent people know that when they miss a social event, that’s okay. There will be others, and if they do miss the event, it’s because they had something else important to do.

Intelligent people do not have time for drama. They don’t want to be anywhere around it and will avoid it at all costs. In a lot of cases, big social gatherings tend to have at least a little drama, and while that is okay sometimes, intelligent people would rather steer clear of it.

And, researchers have found that intelligent people tend to be night owls. Most people thrive during the day, so when your hours are the opposite, it can be hard to work around the schedules of others. 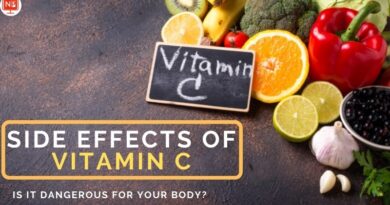 6 Side Effects of Vitamin C: Is it dangerous for your body?

Side Effects of Vitamin C: Vitamin C is an essential antioxidant that protects our cells 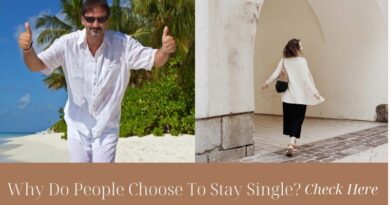 Why Do People Choose To Stay Single? Check Here

Why Do People Choose To Stay Single? While many people are consumed with finding love 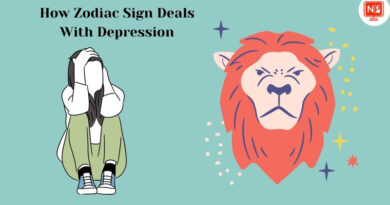 How Zodiac Sign Deals With Depression: Everyone is different, and because of that, we all