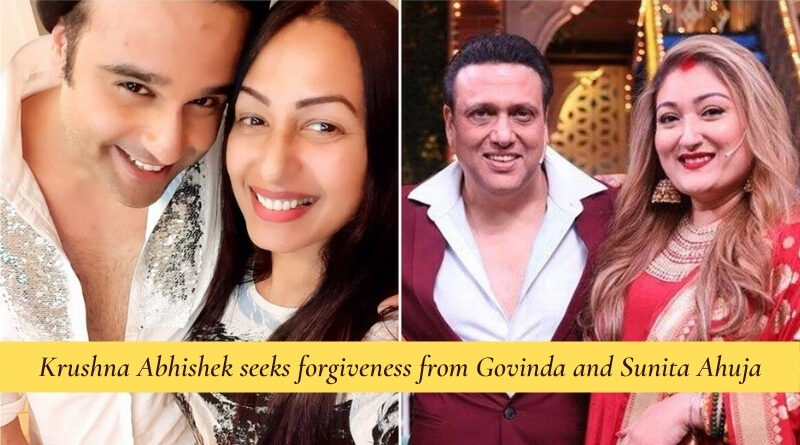 Krushna Abhishek has asked for forgiveness from his mama Govinda and mami Sunita Ahuja. The latter had said that she doesn’t want to see Krushna’s face ever.

There is no denying that comedy star Krushna Abhishek is one of the most loved stars in The Kapil Sharma Show. However, in the recent few days, the actor has garnered attention for the ups and downs in his personal life. Krushna is the nephew of superstar Govinda and over the years the two have had a shaky relationship.

Recently, Govinda and his wife Sunita Ahuja made their way to The Kapil Sharma Show but Krushna chose to miss the episode. This act left the audience with a lot of questions about the family dynamics.

Later in an interview, Sunita expressed her anger over the incident and told Etimes, “I am distressed beyond words to know what Krushna Abhishek said about refusing to be a part of the episode that featured my family and me as guests.  Jinhone inko paal pos kar bada kiya yeh unhi ke saath badtameezi par utar gaye hain. (The ones we raised have started misbehaving with us) All I can say is that the issues will never get resolved and I don’t want to see his face ever again in my life.”

Now, finally, Krushna has responded to the same and shared that his “mama mami” are like his parents and he only wants peace and forgiveness. In an interaction with Bollywood Hungama, he said, “I love my Maama and Maami. Their hostility disturbs me. Main andar se dukhee hoon. (I am sad from within)I am tired of this hostility. They are like my parents. The words Maami used, ‘Main shakal nahin dekhna chahti’ (I don’t want to see his face)are the words my own parents use when they are upset with me.”

The two families have been lashing out at each other since 2018. At the time Krushna’s wife Kashmera Shah shared a tweet about people dancing at weddings for money and that lead to a massive backlash from Govinda’s family.

Sunita Ahuja slammed her for claiming that she was targeting Govinda. During the time, Kashmera defended her husband and said, “Krushna is caught in the middle of an unreasonable couple [Govinda and wife] and his strong wife. I stand by him only because I know he has to take a stand for his family even if they are wrong. He told me that he has been hassled by them and that Govinda is angry because Krushna had earlier said that Sunita was wrong.” 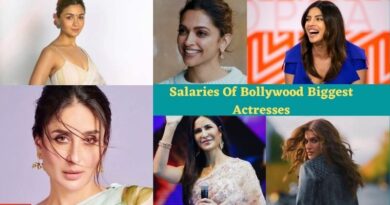 Salaries Of Bollywood Biggest Actresses: Our Bollywood films are popular worldwide, their craze has grown 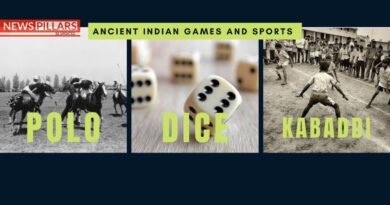 Popular Ancient Indian Games and Sports: India has been the land of many globally renowned inventions 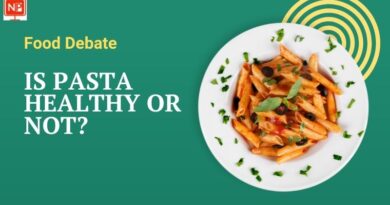 Food Debate: Is Pasta Healthy Or Not?

Food Debate: Is Pasta Healthy Or Not? It doesn’t make sense why people fight over