LPG price hike: In yet another blow to the common man, petroleum and gas retailing firms have hiked the prices of 19 kg commercial LPG cylinders by Rs 73.5. The rates of 14.2 kg domestic cylinders have remained unchanged. The latest price revision will come into effect from Sunday (August 1).

With the latest hike in the prices, a 19 kg LPG gas cylinder is now retailing at Rs 1623.00 in Delhi while the rate of the commercial cylinder has been increased to Rs 1579.50 in Mumbai.

Meanwhile, the price of the 19 kg LPG gas cylinder has been increased to Rs 1629.00 and Rs 1761.00 in Kolkata and Chennai, respectively. Oil and gas companies revise the prices of cooking gas on the 1st of every month.

Last month, oil companies had hiked the price of domestic cylinders by ₹25.5, but it was spared this month.

The non-subsidized prices for domestic gas cylinders have been increasing over the past several years. While a 14.2-kg domestic LPG cylinder in Delhi cost ₹487 on August 1, 2016, the same costs ₹834.5 now. The price of the same cooking gas cylinder costs ₹861 in Kolkata now, while the same is being sold at a rate of ₹834.5 in Mumbai and ₹850.5 in Chennai.

Meanwhile, the Petrol prices too went drastically up over the recent months, with the fuel rate crossing ₹100 per litre in several major cities across the country. However, the petrol and diesel prices have remained unchanged across the four metro cities for the past two weeks. Fuel rates vary across states due to the different tax rates, but petrol and diesel prices are currently the highest in Mumbai among all four metro cities. 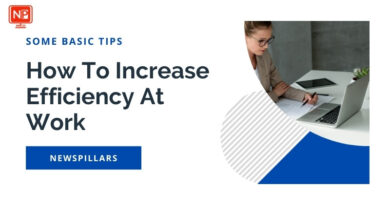 How To Increase Efficiency At Work: Some Basic Tips 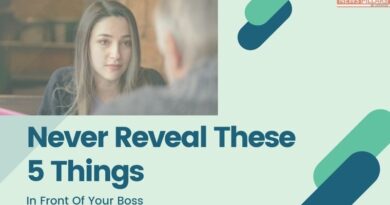 Never Reveal These 5 Things In Front Of Your Boss

Never Reveal These 5 Things In Front Of Your Boss: Communication plays the leading role 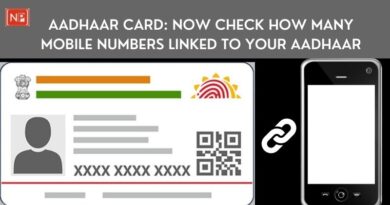 Aadhaar Card Update: Now Check How Many Mobile Numbers Linked To Your Aadhaar

Aadhaar Card Update: The Department of Telecommunications (DoT) has launched a new web portal to know