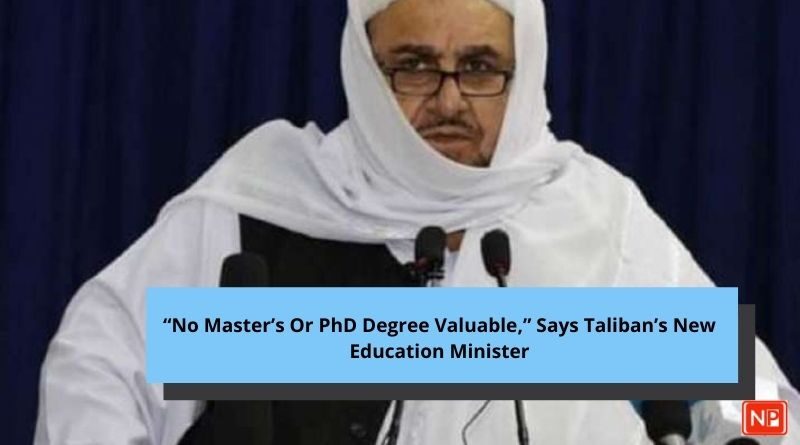 No Master’s Or PhD Degree Valuable in Taliban: Within a month, the Taliban formed their interim ‘Islamic Emirate’ government with 33 new members. The new education minister’s statement has left the world to wonder about future ties with Afghanistan. Taliban Prime Minister Haibatullah Akhundzada made it clear earlier in the first public meeting that, “In the future, all matters of governance and life in Afghanistan will be regulated by the laws of the Holy Sharia.”

The Taliban’s Education Minister Sheikh Molvi Noorullah Munir is seen saying in the video, “No Ph.D. degree, master’s degree is valuable today. You see that the Mullahs and Taliban that are in the power, have no Ph.D., MA, or even a high school degree, but are the greatest of all.”

As soon as the video is released, the netizens drew huge criticism.

This is the Minister of Higher Education of the Taliban — says No Phd degree, master's degree is valuable today. You see that the Mullahs & Taliban that are in the power, have no Phd, MA or even a high school degree, but are the greatest of all. pic.twitter.com/gr3UqOCX1b

Here are some quick reactions

A Twitter user said, “Why is this man talking about education.”

One tweet reads that “Such shameful thoughts about education, having them in power is catastrophic especially for the youth & children!” 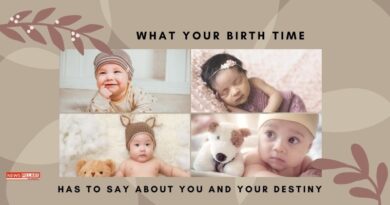 What Your Birth Time Has To Say About You: By now, we all know that 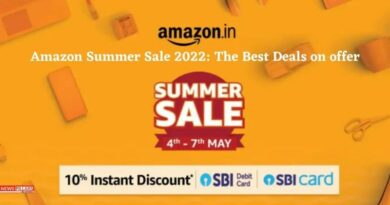 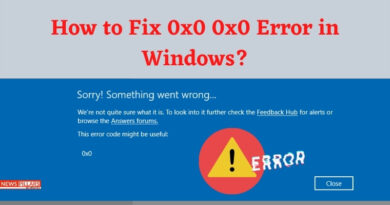 0x0 0x0 Error Code is an error message indicating that your operating system is misconfigured.