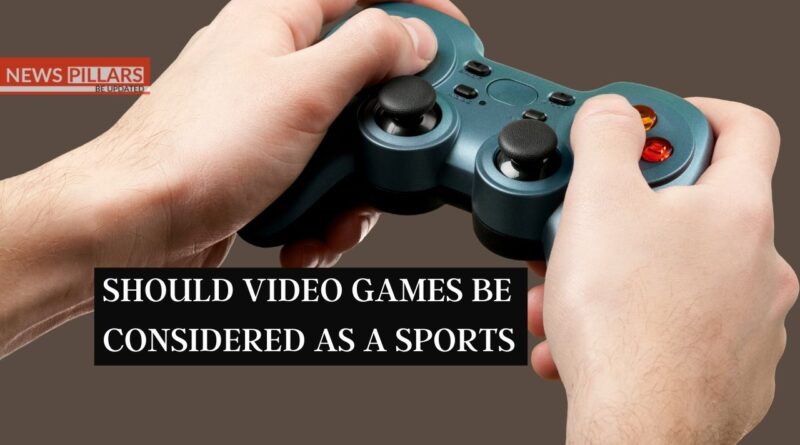 Should Video Games be considered as a Sport?

Video Games as a Sport: Do you go in for sports? Do you think it is important to keep fit? What kind of sports activities are the most popular among young people and adults? We all know about the diversity of sports games; since childhood, kids liked spending their spare time outside, playing football, basketball, or go for skiing or snowboarding in winter. Supposing, each of us has his favorite sport.

When the kid is fond of some sports activity, his parents tend to send him to sports clubs, where the kids can be taught paying it professionally. You might have also attended such clubs or many of your own children visit ones.

It is also worth saying that each culture and country has its common sports game. For example, Japan is famous for martial arts, such as judo and karate; the most popular sport game in Britain is cricket, the United States is proud of American football, skiing is common for countries, where the winters are cold and snowy.

Exploring the Pros and Cons of Video Gaming

Video games are a trademark commodity in our modern, technologically driven culture. Although undoubtedly entertaining, considerable debate remains as to their relative positive or negative impacts on individuals and society. Even though studies regarding this issue are relatively new, they can still provide insight into the benefits and drawbacks of this popular pastime.

Listed below are some of the pros and cons that will clear your doubts Should Video Games be considered as a Sport?

Numerous studies have examined the pros and cons of video gaming. Here are just a few that have found video games provide distinct advantages to their players.

According to Psychology Today, playing video games has been shown to increase players’ ability to distinguish subtle differences in shades of gray, a phenomenon known as “visual contrast sensitivity.” They may also improve the eyesight of the visually impaired and help players increase their ability to visually detect the direction of movement.

“Executive functioning” is the term used for a person’s ability to rapidly and efficiently solve problems. Video games can help improve multitasking, increase mental flexibility and even reverse the mental decline that occurs as people age.

Both anecdotally and scientifically, video games have been shown to reduce symptoms of anxiety and depression. For example, Scientific American reported that the game Tetris may actually ease the symptoms of post-traumatic stress disorder. In forums such as Geek and Sundry, authors describe how video games may help those who have social anxiety disorder learn how to initiate relationships and learn about social cues.

While video games have been touted for their advantages, evidence also suggests that playing them may be detrimental.

According to The Telegraph, researchers have found a direct link between violent video games and an increase in aggressive behavior. This applies particularly to “shoot-em-up” games that simulate firearms.

A study published in Psychology of Popular Media Culture found a correlation between the length of time individuals play video games and their ability to remain focused. The study also suggested that playing video games may exacerbate the impulsiveness of individuals who already have this inclination. Popular Ancient Indian Games and Sports

A university study found that one in 10 youth gamers is “addicted;” their playing habits cause family, social, school, or psychological damage. Treatment programs combating video game addiction have cropped up across the world, including in the United States, South Korea, and the Netherlands.

While it’s true that video games can help combat anxiety and depression, other studies have shown that they might cause or exacerbate these conditions instead. A study in Cyberpsychology, Behavior and Social Networking, for example, found that fifth-graders who play video games two or more hours a day are more likely to have symptoms of depression than those who play less.

While the arguments on both sides of this debate continue, conclusions as to whether video games are ultimately “good” or “bad” lie with the reader. The truth is most likely somewhere in between, with allowances made for personal circumstances and preferences.

Video games are just a small part of the fascinating and developing world of modern digital culture. For those who want to increase their understanding of 21st-century technology, the online computer science degree from Concordia University Texas can provide an educational foundation for success. The program equips students with the skills they need to master current technology and prepare for future developments in the field. 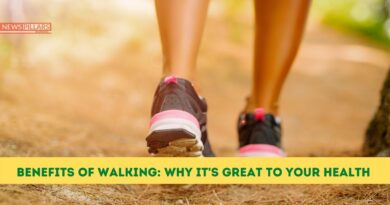 5 Benefits of Walking: Why It’s Great To Your Health

Benefits of Walking: Walking is one of the most primal of exercises that one can do 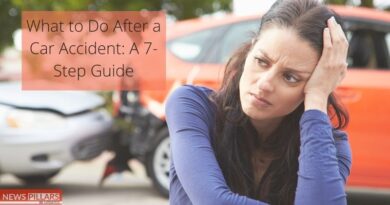 What to Do After a Car Accident: A 7-Step Guide

Car Accident: Getting involved in an accident is terribly frightening and dealing with its aftermath 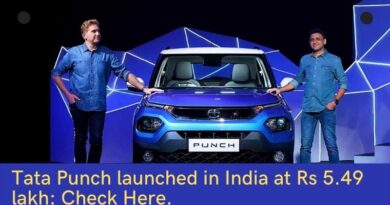 Tata Punch launched in India: Tata has launched the Punch SUV in India. The car